What teacher to choose: a native speaker or a russian teacher?

What teacher to choose? - Pros and cons of native speaking English teachers

“… you should think carefully if you want to pay a higher price for a native speaking English teacher, and if you decide to do so make sure you take a close look at the teachers before you decide…”

When you set off to learn English you have to make an all important decision: Who should the teacher be: a Russian one or a Native speaker?
Most people prefer to look for native speakers, since who could know the language better then someone who speaks it from early childhood, right?
Well, not necessarily. Read this article to clarify the question.
First of all you have to think of what you would like to learn the most:

If you want to focus on pronunciation then a native speaker sounds like an obvious choice, but keep in mind that the English language has hundreds of different dialects. The official British or American English can be quite far from what one can hear from a native Scotsman or someone who hails from Wales, not even mentioning the English spoken in South Africa and Caribbean. The accent is less crucial than you think - it takes years of hard work to master it on a level that would fool natives. If you speak in a clear, articulate, understandable way, people won't dismiss you for a slight Russian accent, but if you speak Brummie (the dialect of Birmingham) dialect with Russian accent, you might get some confused looks.

If you take a look at written English it's good to remember that being a native speaker does not necessarily mean that one has a good understanding of the grammar structure of the language or is a good writer himself. If someone is a qualified English teacher then we can safe assume that they possess the necessary knowledge, but it can happen that unqualified native speakers just know the way of saying it and can't really explain the why deeper then "Because that's how we always say it". You should make sure that your teacher is actually a teacher for other reasons too. Even if someone speaks in a really sophisticated way and has a good grasp of the grammar there is no guarantee that he or she is capable of easily transferring that knowledge to you. Pedagogy is a skill that consists of much more than knowing a certain topic - it also encompasses the different theories of teaching. Of course there are people with a gift who never studied these theories and still can transfer knowledge very well, but if you want to play it safe, go with someone who did study it. Luckily lot of native English speakers take TOEFL - or other similar courses - that gives them the necessary basis to teach the language and the basic pedagogical theory to teach in general. With qualified teachers we also have to distinct who learned to teach the language to other native speakers and who is actually trained in teaching English as a foreign language. This may seem like a small difference at first glance, but actually there is a whole different methodology behind teaching someone about the rules of the language they speak than behind teaching someone a language completely different from their own. At this point non-native speaking English teachers seem to have the upper hand: since they learned English as a foreign language as well, they will probably understand better what difficulties students have to go through and what can confuse them - and most likely they are familiar with EFL (English as Foreign Language) methods.

An aspect where native speakers have an absolute advantage is the cultural learning. Commonly when learning English people will usually encounter topics such as the traditional English/American family, national holidays, a visit to New York or London. This is because when one learns a language they don't only have to learn about pronunciation, grammar rules and words, they have to learn about the actual society the language "lives in" as well. This is important to avoid being rude, getting into awkward situations or giving basis to people to misjudge you when you visit the country or meet other native speakers - for example while in Russia it is unusual to smile at strangers, in the U.S. it is accepted and expected if you don't want to seem grumpy. Also native speakers will be more familiar with their own literature, customs and trends - unless the non native teacher lived in the States or U.K. and put a fair amount of time and effort into researching and learning what he or she would the natives have been doing while growing up.

In my opinion if someone just began to learn the language it could be better to start with a non-native speaker and when the student reaches the level of being able to communicate more or less fluently - if yet correctly -, so about intermediate level, then it might be a good idea to switch to a native teacher for polishing the pronunciation and picking up the everyday language they use. To sum it up you should think carefully if you want to pay a higher price for a native speaking English teacher, and if you decide to do so make sure you take a close look at the teachers before you decide. You can find reviews about teachers, recommendations, or maybe even your friends have some good advice based on their experience. Of course there are good and bad teachers amongst both native and non-native English teachers. It can also happen that a teacher is good, just not compatible with the way you can learn most efficiently, so it's best if you go the extra mile and find a teacher that suits you - and don't forget, no matter how great a teacher is, he or she can only help you learning the language, not learn it instead of you.

Should you have any questions you may contact me through info@schoolrate.ru 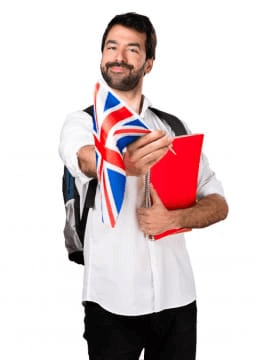